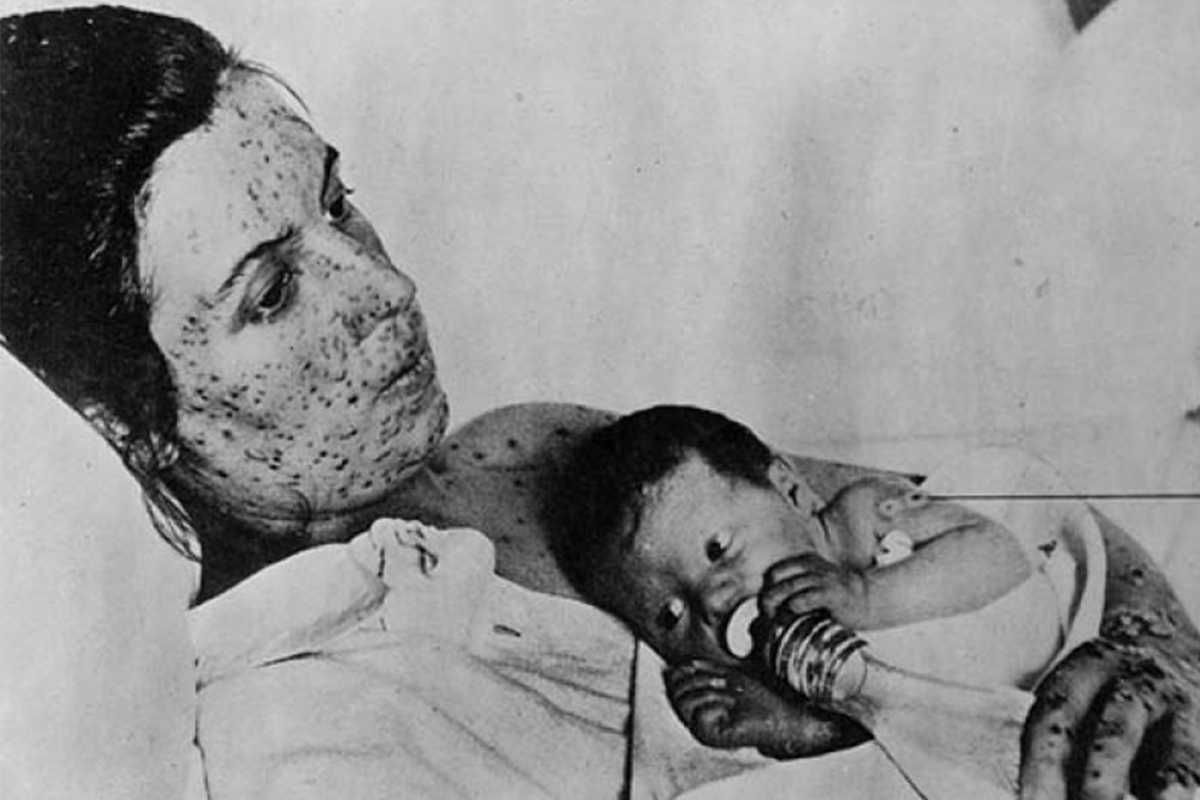 Frontier people led a hardscrabble life. There were many perils confronting folks but the most dreaded was illness and disease. Almost all families were familiar with cholera, smallpox, and typhoid.

Cholera, the scourge of the Western mining camps was introduced from Asia. A severe contagious infection of the small intestine characterized by profuse diarrhea and dehydration.  It’s commonly caused by contaminated drinking water.

Smallpox is an acute, highly contagious, febrile disease, caused by the variola virus and characterized by a pustular eruption that often leaves permanent pits or scars. The Amerinds had a fitting name for it, “rotting face.”

Typhoid fever is transmitted by the ingestion of food or water contaminated with feces from an infected person.  A bacterial infection of the intestinal tract and occasionally the bloodstream. The germ that causes typhoid is a unique human strain of Salmonella.

Diphtheria usually spread from person to person through respiratory droplets, like from coughing or sneezing. Diphtheria is a serious infection caused by strains of bacteria called Corynebacterium diphtheriae that make a toxin (poison). It is the toxin that can be fatal.

Epidemics could be devastating. In 1888, an outbreak of diphtheria killed 40 children in the tiny community of St. Johns, AZ.

As late as 1880 here were 224 deaths in what is now South Dakota from diphtheria alone.

Malaria, and pneumonia, the ague, were endemic. Malarial mosquitoes, unrecognized then as disease carriers, bred in moist areas by grassland rivers. Cholera, swept across the plains in countless epidemics, was known to attack without warning, sometimes striking and killing its victims in a single day. In addition people in the mid-19th century still lived in a state of medical superstition. The germ theory was as yet unknown, and they thought many ailments were caused by shrouds rising from the mists or even the early morning dew. Families ate by common platter and drank from common tin cups. Unlike those healthy youngsters you see in the movies, their children were wan with fever, gaunt, scrawny and peaked. Indigestion and dysentery common. Vegetables scarce.

Their houses and their privies were unhealthy. Their homes were dark, dirty, crowded with unsanitary dirt floors. Contaminated food, bedbugs, lice, fleas, mosquitos and flies were a constant aggravation. In home, schools and town, common drinking cups spread infection. Saloons provided community towels on hooks at the bar to wipe beer foam off the customer’s mouths. During the 1870s a Phoenix newspaper chided local saloons for washing out their saloons in the town irrigation ditch that citizens used for drinking water. Water supplies were often tainted and the frontiersman’s poor diet frequently caused scurvy and an intestinal malady dubbed bilious fever.

Getting a doctor was a last resort; the nearest one might be fifty miles away and his fee might be fifty cents a mile, plus a dollar for consultation and additional costs for medicine. This was far too much for most families, who were well aware that professional remedies were often no better than the folk medicines using herbs and poultices. Granny also used a mold scraped from cheese as an application to open sores.  She got results but didn’t know why.  Today we derive penicillin from a certain type of mold.

During the flu seasons onions were considered a miracle medicine for things like fever and flu-like symptoms. Apparently, they have powerful anti- bacterial, antiseptic properties.

In 1918-1919 when the flu killed 50 to 100 million people world wide, a doctor that visited the many farmers to see if he could help them combat the pandemic. Many of the farmers and their family had contracted it and many died. The doctor came upon one family and to his surprise, everyone was very healthy.  When the doctor asked what the farmer was doing that was different the wife replied that she had placed an un-peeled onion in a dish in the rooms of the home, (probably only two rooms back then). The doctor couldn’t believe it and asked if he could have one of the onions and place it under the microscope.  She gave him one and when he did this, he did find the flu virus in the onion. It seems onions have the ability to absorb the virus. Before you go out and buy a truckload of onions, the National Onion Association says there is no truth to any of these claims. There is no scientific evidence that a cut raw onion absorbs germs or rids the air of toxins or poisons. They say the raw onion story dates back to the Black Plague in the 1500s. They suggest washing your hands regularly, avoiding crowds during flu season, and taking care of your health by eating well, exercising, and getting ample sleep.